The town the most popular to tourists was built in 1645. Back then, it was known as "îlet-aux-Goyaves". It is one of the most ancient villages of Guadeloupe and was the scene of a historical naval battle between the British and the French. The town has multiple attributes, particularly the many water sources that make it up.

This town full of history welcomed the 66th regiment of infantry on line in the 19th century. A flotilla was regularly sent to Anse à la Barque to carry out the supply of the country. At that time, it consisted of 4 French ships:

On the 15th of December 1809, 2 British ships; the Juron (48 canons) and the Observateur (16 canons) are seen off the Désirade. The impending threat of the English invasion is being felt. The commander François Roquebert uses all of his schemes to face his opponents. France loses the battle against England. The French squads were decimated one after the other. The blockade was being maintained, after a month of fighting, the country is totally controlled by the English. Thus, Guadeloupe has to face food shortages and social troubles that destabilise its economy significantly. The French government has attempted to help Guadeloupe, but failed yet again.

The elected representatives of the region carry out innovative and profitable activities, particularly in the development of renewable energies. Policies put in place ensure a commitment of establishing an energtic independance in Guadeloupe. Bouillante will hold a leading role.

In fact, it is in the beginning of the 60s that one discovers that the energy produced by its hot springs could generate electricity. Exploratory drilling has allowed to extract a geothermal fluid of high enough quality to supply a factory. One recognizes the inherent potential of this municipality in this market, which will subsequently allow the construction of the first geothermic central of France: Géothermie Bouillante, branch of BRGM and EDF.

Bouillante, a town looking towards eco-tourism

The town of Bouillante brings the tourism into a more authentic Guadeloupe. Its geographical location allows it to offer a spectacular view on the Caribbean Sea and gorgeous beaches to the visitors. Bouillante is without a doubt an enchanting town to spend relaxing holidays.

The town's succes is the result of its investment in the eco-tourism. Staying in Bouillante allows to open up to a full range of social and enriching activities. A road goes through the green plains of the mamelles to lead you to the National Park of Guadeloupe. All experienced hikers will want to rush to it to discover the country's natural wealth.

This destination is also privileged for its diving activities, the Réserve de Cousteau is one of Guadeloupe's mostly visited marine spots. It includes several shipwrecks and marine specimen of extraordinary beauty. The diving clubs offer underwater-journeys for all levels. 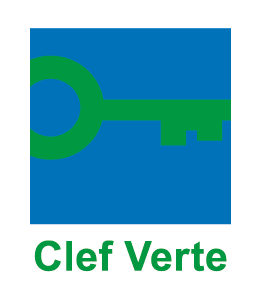